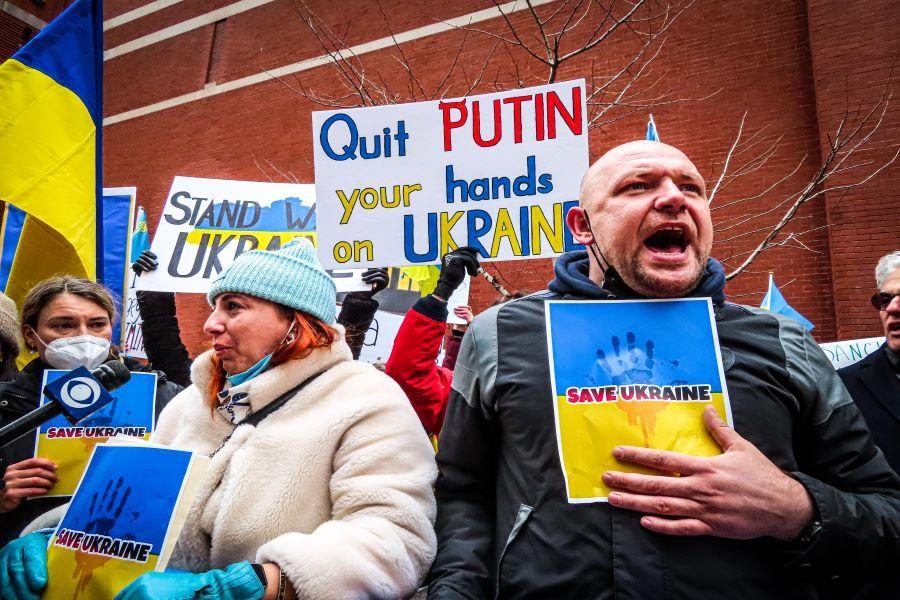 While in the midst of an international conflict, Charlie comments on the lessons we can all learn from the crisis in Ukraine.

I couldn’t go through this week without reflecting on the conflict in Ukraine. What I will be doing is identifying some of the features in the response which are common to many disasters and incidents.

1. Faced with warnings many people do not heed them

This is not a criticism of the Ukrainian people. However, it happens in lots of disasters, especially ones like typhoons or hurricanes, where you get a warning that they are incoming, and it is not taken seriously. Hurricane evacuations work best when people who are aware of the power of the storm, and perhaps have already experienced it before, heed government warning. I think in Ukraine, although there were multiple warnings of an imminent invasion, the people may not have thought an invasion of this scale was going to occur.

On day one of the invasion, there were queues at the petrol station with people filling up their cars, and only then looking to get to a safe place. I suspect there were lots of people who heeded the warning and got out early. But, I do think we need to be aware that no matter how many warnings you put out about imminent danger some people will just not listen to them.

2. We always love the underdog in a fight

Just think about how many films are about the big guys bullying the small guy, then finding out he is stronger than they originally thought. Worldwide there is almost universal support of Ukraine. Up against the balance of Russia’s firepower and the strength of their updated military machines, the Ukrainian forces have managed to hold out. We are all hoping that Ukraine are able to fight off the attack and Russia’s military superiority doesn’t succeed.

3. We love a hero narrative after a disaster

Mayor Giuliani’s speech to the firefighters in the ruins at ground zero was a rallying call, and made him an icon of defiance in the face of the attack on the twin towers. President Volodymyr Zelenskyy in the same way has become a hero in Ukraine. The wearing of military uniform, briefing often and worldwide has made him the face of Ukraine and their resistance. His requests for help have been hard to ignore. If there isn’t a hero emerging in a disaster, we should try and find one, someone who has gone above and beyond what is expected of them, a real person to rally behind.

Most disasters are actually responded to by civilians and not disaster professionals. Civilians respond quickly, rescue people and dig the bodies out of the rubble immediately after the disaster, and before the cameras arrive. The professionals usually arrive days later when most of the unseen rescuing has already been carried out. We can see in Ukraine, civilians are taking up arms and building fortifications. Do not underestimate the power and determination of ‘ordinary people’ to respond and rise to the occasion when required.

The power of owning the narrative and promoting your own side of the story. As we all know social media and smartphones can make any of us journalists, we can record news and events as they happen. If the videos recorded are sympathetic to our case, watched by many and then shared, our side of the story will dominate. The Ukrainians have been extremely successful at putting out their story and countering the Russian narrative. The world is a lot more aware of fake news and recycling of materials from other conflicts, even video games, so there are many organisations such as Bellingcat verifying videos, and countering those which are fake or have been manipulated in some way.

6. What type of support is needed?

I have seen on Facebook a neighbour of ours has got together clothes, toiletries, bedding, and all sorts of things a refugee might need if they are fleeing their country. I believe they are getting taken out to the Ukraine border. In the same way, after Grenfell people just wanted to do something and communities as far as Birmingham loaded up vans with goods, and then spontaneously headed for London to give the items to the survivors of the fire. Often, these spontaneous donations are not needed, as those affected get the basics they need very quickly. The donated goods have to be stored, distributed and the items given are not always what those affected require. In a disaster, we have to recognise that there is an outpouring of people wanting to help, therefore, we have to put a strategy in place and information on what kind of help is required, and very quickly and sensitively.

It is important that we recognise these lessons so we can advise our organisation to not make the same mistakes as others, and learn how to improve our own response.