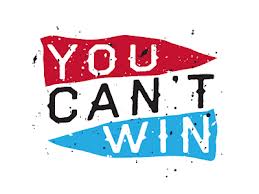 Highlighted in the news, was an article about BP asking David Cameron to raise the issue of the compensation that they were having to pay to companies for the Deep-Water Horizon disaster with the US government.
BP are claiming that the compensation package is being abused, and that they may have to put aside more than the £5.2bn agreed in 2012. Whatever the merits of this case, the issue of compensation after an incident is very difficult.

A brand new section within the GPG covered the following area:

“The needs of interested parties: there may be many individuals and groups affected by an incident. For example, in a major fire there may be contractors injured, local residents evacuated from their homes and local businesses having to close for safety reasons or suffering reduced trade. The organisation’s level of responsibility (both legal and moral) for these groups should be clearly understood.”

The section also talks about if you don’t take into account the needs of interested parties they may “impede the subsequent recovery effort. For example, local residents could press the local authorities to refuse permission to rebuild on a damaged site”.

This information is telling us that we need to take into account the needs of those affected by the incident, beyond our own organisation. If the organisation is a chemical factory which could explode or pollute the environment, or an oil risk that could spill oil, I think the impact on the local area is obvious, and most companies have plans in place for these events. A situation which is more difficult after these types of events is the moral responsibility .

I noticed that a number of clothing companies whose suppliers lost staff in the Bangladesh building collapse, were setting up funds to help compensate the employees’ families. They had no legal requirements to compensate the families, but they felt they had a moral responsibility.

The issues I think we should be thinking about are: –

As seen in the BP case this is not an easy thing to get right. Offering too much compensation or to lose a criteria for compensation, could open you to flimsy or even fraudulent claims. Too little or no compensation can turn the local community against you, be detrimental to your reputation, and may lead to later legal action against you. I suggest that these issues are discussed internally or even exercised, so that the organisation can think through where they are vulnerable, and how they should respond before an event occurs.