Sending staff home after an incident – a checklist! 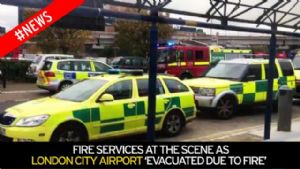 This week I share some information about staffing during an incident and some of the things that should be planned for prior to incidents taking place.

Last week I delivered a series of exercises for a Bank in Portugal. One of the exercises was looking at how their IT development staff would manage an incident if they were to be displaced by more time critical staff from another office. The scenario was that they normally occupy four floors of a building but if one of the other buildings suffered a business continuity incident, many of them would be displaced. Staff would be sent home and they would be able to keep one floor for their most time critical activities.

When developing BC I have tended to concentrate on the most time critical staff and have given very little thought to those that would be sent home and so I found the points raised from this exercise very informative and wanted to share them with you this week.

I think too often in BC invocations, people are treated like commodities and their personal feelings are not thought about during incident response. We go into command and control mode and order people about and we send people home without really thinking about the effect on them personally. Being sent home can have a large impact on people as they can be dislocated from the workplace, their colleagues and are not used to doing nothing. They may also worry about whether they will have a job to go back to.

The Following is a comment on the article by Nick Simms

Dear Charlie, I continue to be impressed at your ability to find something interesting to say in your newsletter every week. Your piece last week on sending staff home after an incident led me to think about some of the additional lessons I have learned from the two primary occasions where I have been responsible for implementing a displacement strategy. On one of the occasions, I was asked to deliver and test a displacement strategy between two offices about 1500 metres apart involving around 350 staff, 250 from one office and 100 in the other.  I was given one week from start to finish.  On the other occasion, I inherited a plan to move up to 500 people from one side of a city to another. So what did I learn?

I hope that adds some value. Best wishes Nick

Read with interest your “Sending staff home after an incident” in Continuity Management. Very comprehensive checklist of consideration. However from my own work in the field have a couple of suggested additions.

1) Not everyone needs to be sent home but can be sent to work another job for a different organization. This can be volunteer work for disaster and humanitarian aid. They may have a skill set that is needed by someone else, even by a competitor, and paid by that other organization. They may have a skill set not used by the company, but can be used by someone else – language capability, past skills in a completely different occupational skill. There may be a new job created such as remaining in contact with employees not working to see to their continued safety.

2) A sensitive issue is that some people will believe they are critical to a company, when in fact they are a hindrance. They may be critical during normal operations, but for reconstruction of an office or functions one does not want the boss, but the administrative assistance, clerical staff, maintenance workers, labor, with their own direct leaders, not the “suits”. For those who do not have the skill sets necessary, but their sense of importance does not allow them to get out of the way, they can be diverted to strategic positions such as liaison and coordination with other organizations for collaborative actions, planning for when the organization is functioning again, a think tank of the whole business sector to take advantage of the situation to make improvements in systems that could not be changed due to the costs of changing. An advantage to destruction is one does not have to rebuild the old, but something that is more state of the art.