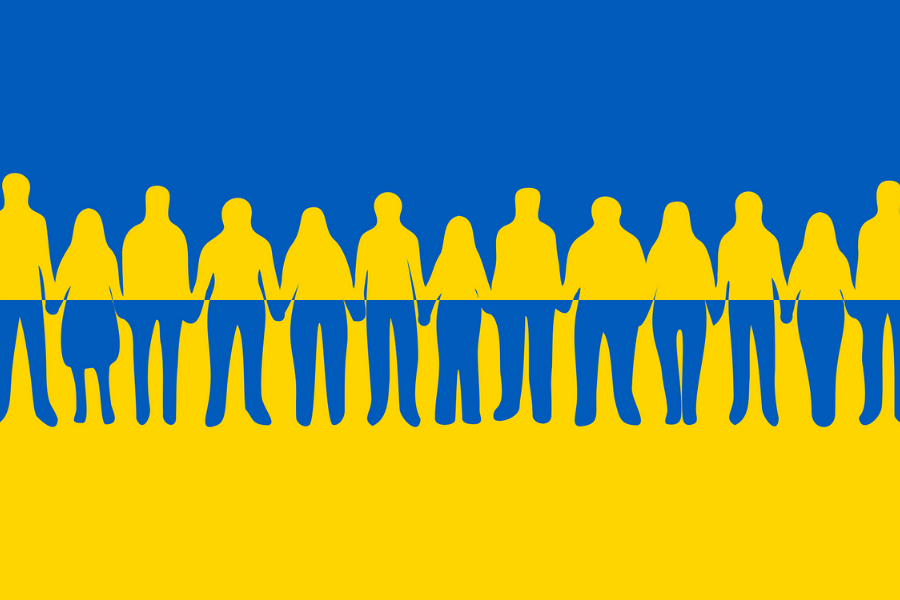 With the ongoing criticism of the UK’s visa scheme for refugees fleeing the war in Ukraine and the news that only a low number of refugees have been taken in so far, Charlie looks at dynamic risk assessments and the importance of managing incidents proactively, rather than reactively.

During wars, I am always uplifted by the generosity of strangers to those fleeing the conflict. One of the manifestations of this generosity is ordinary people taking in strangers and offering them a place in their homes for as long as they need to be there. We saw this in Germany when they took in 1.5m Syrian refugees, many of which were housed by ordinary people in their homes and we are seeing this in Poland presently. There was an excellent piece on the radio earlier in the week, where a British person was talking about their experience of hosting refugees, they said they greatly gained from the experience and suggested that others do the same. They also had a Syrian refugee who had been hosted in a British home tell their story. When he and his family moved out of someone’s home where they had been staying for a while into a new unfurnished flat, their host had rallied round aided by his neighbours and had completely furnished the flat, including putting food in the fridge. Imagine as a refugee from your home how that would make you feel, that after the trauma of war there is humanity and caring people. I had tears in my eyes listening.

The story earlier this week was that while Poland have taken on 1m+ refugees and Ireland 2000, the UK had only taken in and processed 50 people. There has been a lot of anger in Parliament, in the media and from the public on why this number is so very low. The main reason seems to be government incompetence and their inability to anticipate the number of refugees wanting to come to the UK and setting up a system in advance. As well as not setting up the processing system on the ground so that refugees can be processed, they seem to be making up the policy of who is eligible as they go along and changing the system of how to apply for a visa. Was it not blindingly obvious that if Russia invaded, there would be refugees and that some of them would want to come to the UK? So, why not at least have a contingency plan developed to think through how those wanting to come to the UK would be facilitated and on the first day of the invasion deploy the system, people, and processes? If the response wasn’t needed and the number of refugees was small, you could stand the contingency response down. It is easier to stand a response down than to stand it up. As a business continuity professional, it shows complete incompetence and lack of risk management, contingency planning and then implementation of that plan, in the face of the likelihood they would probably be needed. If I was the MD of an organisation and the business continuity manager had shown this level of ‘failure to plan’, they would be looking for a new job.

In their ability to deal with refugees wanting to come to the UK, the government seems constantly on the ‘back foot’, and reactive rather than proactive. In the response to an incident, we want to be reactive and ‘get in front of the incident’, rather than to always be reactive. Once you have started to get a reputation for incompetence during an incident response, it is very hard to dispel the view. You come under greater scrutiny, which is likely to pick up more bad management and so the narrative of incompetence and poor planning feeds on itself.

After a rather long introduction to the subject of this week’s bulletin, below are the measures, tools and techniques we can deploy during an incident that helps us manage the incident on the front foot and not be seen as purely reactive.

1. Understand your organisation and how others see you

If you understand how others perceive you, then you know areas where you are weak and where you could be negatively portrayed if an incident occurs. You cannot keep an organisation in a heightened level of preparation preparing for every single possible risk, but you can prepare for the most obvious ones and if it is a subject you are particularly vulnerable on, then make sure to manage the incident or preparation for a possible incident closely.

As humans, we are generally optimistic and therefore avoid thinking about what could happen in the worst case scenario and instead we imagine the outcome we want and which suits us will actually happen. When training teams in incident management, I teach them that they should be carrying out dynamic risk assessments regularly. When faced with a possible incident or in an incident when a new major event occurs, they should carry out dynamic risk assessments. This is very simple and the team just need to think about the best case, the most likely case and the worst case. By exploring the worst case, you can look at preparation for the worst case occurring and you can look at the factors which might indicate that the worst case is happening. The British Government should have realised as soon as Russian tanks rolled over the Ukrainian border that their worst case had happened and implemented their visa plan accordingly, knowing that war always creates a large number of refugees.

3. Make use of a forward planning team

When I was in the army and working in headquarters during an exercise in operations, we always had two teams. A team executing the existing plan and a second team who were looking forward and planning future operations. When I look at incident teams during an exercise, they are always very reactive, an inject comes in and they deal with it. They rarely have a team, or even a person, dedicated to forward thinking about the future issues they may encounter during the incident and what contingencies they should carry out now which could impact them in the future. Having this team or even a dedicated person would allow them to get on the ‘front foot’ of an incident and stop them from being reactive all the time, avoiding the dangers that this entails.

In incident management, we must try and avoid the label of an incompetent, reactive organisation, as once this is the narrative about our organisation it is very difficult to change people’s perceptions. Doing our jobs properly as business continuity managers will go a long way to ensuring our organisations don’t get tarred with this label. Incidents and bad things happen, but we can make the lives of those effected easier by forward planning, anticipating issues and then implementing plans.

Ukraine – What you can do to help

For information on how you can help to support those who have been forced to flee their homes due to the conflict in Ukraine, please visit the UK Government website here.