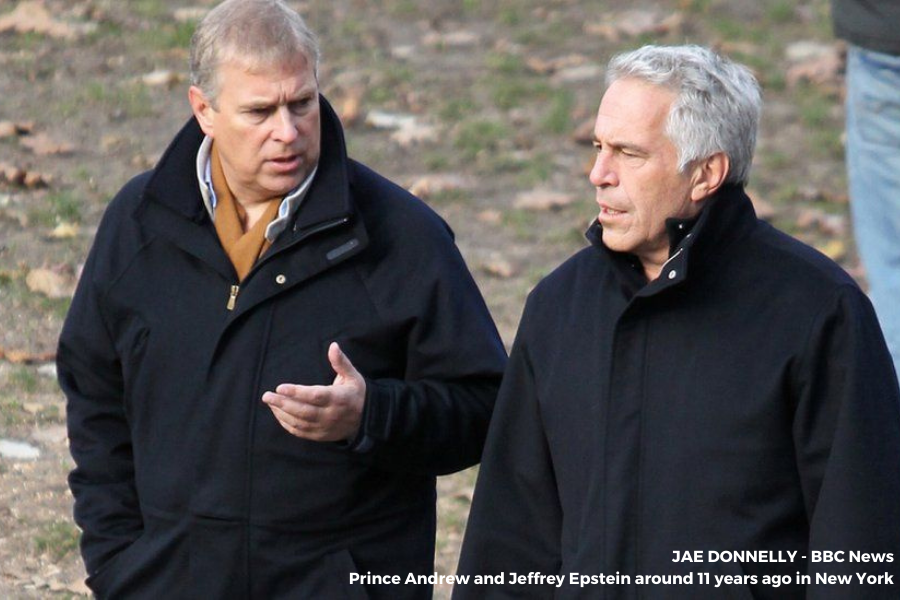 In today’s bulletin, Charlie dives into the Prince Andrew court case and the communication issues surrounding it. Discussing the importance of branding, strategy and response, not only in this case, but in all crisis management cases.

My daughter, Phoebe, is rather good at knowing who’s who in rugby and in last year’s 6 Nations she organised the family’s fantasy team in the Birkmyre Rugby Club competition. At the beginning of the tournament we were leading on the leader board, but in the end, we came 4th which out of about 30 teams was not bad. In the same way, I like playing fantasy crisis communications. This involves taking a contemporary crisis for an organisation or a person and thinking as though I was their crisis advisor, looking at how would I approach the problem and what advice would I give. For a while now, I have been following Price Andrew’s ongoing “issue”, especially the recent saga of Virginia Giuffre trying to serve Prince Andrew with the court papers and I thought why not write this week’s bulletin about my thoughts on the case and how I would approach it.

How strong is the brand?

When looking at any crisis communications issue, you have to look at the strengths of the brand, the organisation or the individual before the crisis. Below is a list of the types of brands there are:

Being a Prince and a member of the Royal family comes with a strong brand, and most people within the UK have a reasonably positive view of the Royal family and especially the Queen. Before Prince Andrew’s interview with Emily Maitlis on his association with Epstein was released, his brand was at the lower end of the Royals, but it was not at the lowest level (4. In the above list). Now that has rapidly changed. It is much easier for a strong brand with loyal supporters to rehabilitate themselves in comparison to an organisation or person whose brand is already at rock bottom.

On the whole, silence and avoiding the media is not a good crisis communications strategy. It only works when all the information is already within the public domain because there are no more revelations that could add fuel to the fire. Eventually, the media and the public will get bored of the story and move on to the next breaking news. Since Prince Andrew’s interview with Emily Maitlis, he has withdrawn from public life and maintained silence on the case. With the Virginia Giuffre case coming to court, and the attempt to serve the court papers to the Prince, there had been very little attempt to own the dialogue and to put forward his own perspective of the events in the media. There is sometimes the slightly awkward rebuff put forward by him – “I can’t remember this person” which indicates that he may admit in the future that he actually has met her, so he can’t say that he definitely hasn’t. This rebuff in newspaper articles is always shown alongside a picture of him with his arm around her waist. Although there have been some attempts to say the picture is fake, these claims have been weak or half-hearted. With the court process grinding forward and the Ghislaine Maxwell trial starting in November, he is going to be in the news for months. Therefore, there is absolutely no chance that maintaining a dignified silence is going to work. If people are talking and judging, you have to put forward your own side of the story.

I was reading a Times article on the subject of Prince Andrew and they said he had three options now the case is going ahead, all of which are not great. The three options are:

In my opinion, I can understand the attraction of settlements and why they occur so often, because the easiest way to end the situation is to come to a settlement. The plaintiff gets money, a gagging order and the accused gets no further repetition of the accusations. I think this only works at the very early stages of an incident and before it becomes general public knowledge. I also think this strategy is becoming less effective, as we have repeatedly seen powerful people using this to hide serial events, which eventually become public knowledge and lead to a prosecution anyway. The Times and I both agree that the least bad option is to go for option 3; come out fighting and contest the case.

When I was in the British Army and the Prince was a serving officer, we were always taught integrity. We had to face up to what we had done, accept authority and the law. The image of Prince Andrew ‘hiding‘ in Balmoral, and trying to avoid being served the court papers has shown him in a very poor light. The whole point of being served court papers is so that there is no doubt that you know that there is a court case against you. The case and the serving of the papers is mentioned in every news bulletin and in every newspaper. Even after hiding in Balmoral, Prince Andrew or the royal staff must have known about the court papers. This is the equivalent of a late-night Amazon shopping spree; buying something you cannot afford and do not want, then hiding from the delivery person in the hopes that the item is undelivered, goes back to Amazon and you get your money back! If you are going to be served court papers, accept the inevitable and do not add fuel to the fire by trying to hide, which portrays an admission of guilt.

When dealing with reputational issues there is a fairly well-trodden path of dealing with them both for individuals and organisations. You do the following:

Whether or not Prince Andrew wins his case, this response is open to him. However, because of his approach to date and the actions he has taken, people may find it difficult to believe him. Therefore, this response will not restore his reputation and get him back to public life, which according to the papers, he is desperate to do.

If you have an interest in crisis communications, you may want to take this approach, follow a case and see if you would do anything differently to the advisors. The more you look at some of the cases out there, the more you can begin to see when someone is being badly advised and you can also see what works well in what circumstances. I will be following this case with much interest!