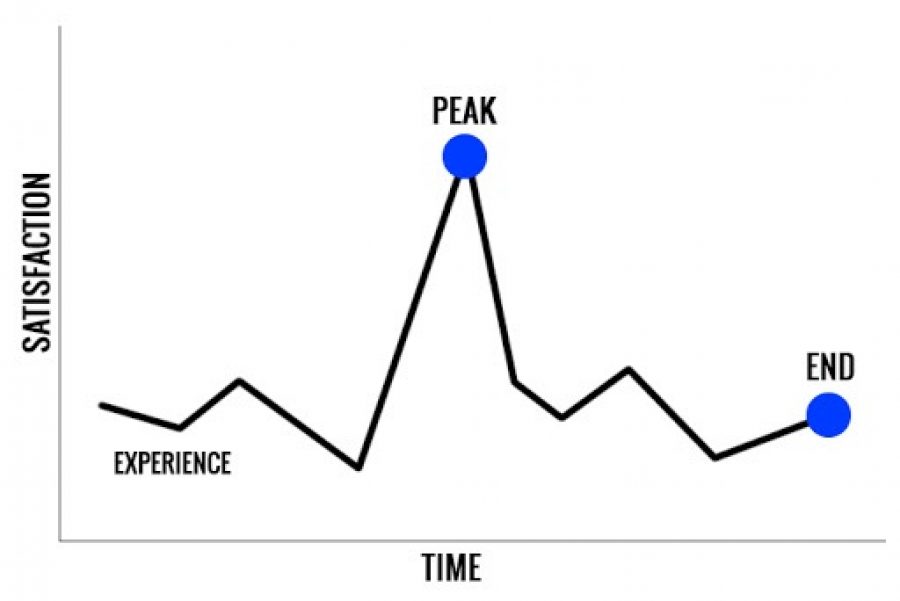 This week I discuss the psychological heuristic ‘peak-end rule’ and why this is important for planning your company’s recovery from COVID-19.

Hope you have all had a nice bank holiday weekend at home! This week I wanted to look at how an incident is managed at the end, and whether it leaves a disproportionate impression on the successful management of the incident rather than taking into account the management across the entire incident. As we start to move from the response to recovery phase of COVID-19, we should make sure that the recovery phase is appropriately managed.

All incidents bring out the best and worst in humanity; some gentlemen stood aside during the sinking of the Titanic in order to give their places to others, knowing that they faced a certain death. Whilst other accounts, for example, a first-hand witness recalled that after Hurricane Maria the very first action of the locals on a particular island was to loot the jewellery stores.

The UK’s response to coronavirus has seen a similar pattern. Last Thursday the Maclean-Bristols as a family and with our neighbours (kept at a suitable distance), alongside those all over the country were outside at the front of our house clapping for the NHS. We have also seen the vast numbers of people volunteer to sign up to support the NHS and those self-isolating. There have been stories of NHS staff sleeping in hotels away from their family to ensure that don’t take the virus home and those working in care homes also living there to ensure that they are not catching the virus when they return home and bringing it into work.

At the beginning of the coronavirus incident, we saw some pretty abysmal behaviour by a number of large companies. One of the most outrageous seemed to be by the Britannia Hotel Group and their Aviemore hotel, who gave staff a letter to say they were all sacked, and they had to leave their hotel-provided accommodation immediately. Many staff members were European and faced difficulties getting home. Pictures of them walking down the road with their possessions in a suitcase and half a dozen plastic bags elicited an extreme amount of anger on social media. The hotel group later claimed the sackings were an ‘administrative error’. In a similar way, the Wetherspoons Chairman Tim Martin, sent a video message to staff to say they would not be paid after that Friday while the company works out details of a furlough scheme under which the government will pay 80% of wages. He advised them to get a job at Tesco in the meantime. Closer to home, a member of our staff’s husband, who runs a team for a large shop-fitting company, was told with no warning that he was immediately furloughed and all the fitters working for him had been made redundant. Another member of staff has a friend who only knew she had been furloughed when she opened her wage slip. I suspect those that have been treated badly by their employer will have long memories when the company needs them in the future and when they go back to work.

This brings us onto the issue of peak–end rule. The psychological heuristic was first developed by Daniel Kahneman, Barbara Fredrickson, Charles Schreiber and Donald Redelmeier in their paper ‘When More Pain Is Preferred to Less: Adding a Better End’ published in Psychological Science in 1993. They did a series of experiments on peoples’ experience of events and how they recalled them. Their experiment involved participants putting their hands in unpleasantly cold water. The first activity involved putting their hand in the water and at the end of the experiment taking it out. The second experiment involved these participants putting their hands in the same cold water for longer than the first time but at the end of the experiment gradually warming the water to a more pleasant temperature. When asked which experiment, they would prefer to take part in again 2/3 of the participants said the second one, even though they had to endure more pain as their hand was in the cold water for longer. The reason given for this in the paper was that people forget the unpleasant experience if they have a pleasant end experience. Other papers have put forward the idea that people base their experience of an event on the most intense part and how it ended, for both good and bad experiences, rather than evaluate the event as a whole.

If we go along with the rule, then the peak of the coronavirus experience will be in the next couple of weeks, as the death toll rises, and lockdown is likely to be extended. The more people die the more likely one of those deaths is going to affect us and be someone we know, and we begin to get fed up of constant isolation. In our role as business continuity professionals, we are probably unable to influence our staff, customers, partners and suppliers experience of the peak, but we are able to influence how these stakeholders perceive our response to the end of the incident.

I attended the Emergency Planning Society weekly huddle, which is an opportunity for those responding to coronavirus to express their thoughts and ideas and support one another. People on the call were saying that they were beginning to move from the ‘response’ phase to the ‘recovery’ phase of the incident. My point in bringing this rule to readers’ attention is that if we adhere to the peak–end rule then we need to make sure that we execute the recovery phase with as much vigour and detail as we have responded so far. Relaxing, failure to manage closely and poor communication with stakeholders may destroy the good work you have done to date. I suggest you should get together a team to start planning your recovery now, which is likely to be to a new normal, and make sure that the planning is done with the same intensity you have managed the incident. The ‘end’ impression on your stakeholders about how well the incident was managed will be the one which lasts.