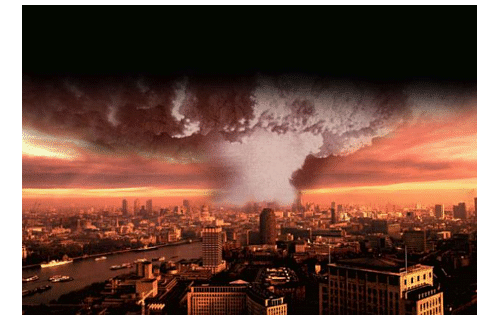 This week Charlie writes about major incidents in the UK and USA and our thoughts are with the victims and their families of all those affected by these major incidents.

This week has been a bad week for incidents in the UK and USA.  As I write this bulletin, the full devastation of the fertiliser factory in Texas is slowly being unveiled and to date the reports show 15 people killed and over 160 injured. The massive explosion seems to have destroyed large parts of the town.

The recent ricin plot where fortunately, the letters addressed to President Barack Obama and a Senator were intercepted before reaching the White House or the Senate.  Then, there was the Boston Marathon bombing, which killed three, and there are over a hundred injured.

In the UK,  although not largely reported,…perhaps the reporters were concentrating on incidents in the USA, there was a very large fire at a Smurfit Kappa packaging factory in Birmingham and there is also still the on-going outbreak of measles in South Wales and other parts of the UK.

All the incidents have had different causes and reasons why they occurred but when you put them together they seem amplified and make people feel unsafe.

A few thoughts on the incidents:

1. It was interesting to compare the TV reports of the bombing in Boston to the explosions in West.  Immediately after the incident in Boston we had a series of press conferences with the latest, not always accurate information given to the worlds’ press, who were close to the scene of the incident. As new information came in, it was quickly relayed to the press and any inaccuracies were quickly verified as untrue.  It was thought at one time there had been a third explosion at a local library and that further bombs had been defused.  Figures on casualties were quickly given and updated as the day went on.

In comparison, the response from the West seems not as well organised.  During the first 24 hours,  the only people to comment were those who had been at the scene of the incident, some emergency responders, some members of the public,  many of whom had injuries and were covered in blood.
About 36 hours into the Texas incident,  the Texas Governor turned up and was the first official to manage information on the incident.

The reason for the differing “face” of the incident is obvious.  I suspect the Boston Marathon had its’ own multi-agency emergency plan, with the relevant responders and incident managers, on site ready to respond to any incident and implement the plan.  With the incident in the West , it appears that the local responders did well at treating the aftermath of the immediate incident, but it has taken some time for the wider coordination of the incident, and the crisis communication apparatus to mobilise and travel to the scene of the incident.

2. The Boston Marathon like the London and New York ones are an iconic world event and so much more likely to be targeted by terrorists than the Castlebridge 5k charity fun run.  As we have said in this bulletin before in terms of risk;  if your building is near an iconic building or a worldwide event you are much more likely to be caught up in a terrorist event than if your organisation is based in a less known city or town.

3. Incidents such as explosions at industrial complexes are almost never caused by one single action (again a theme of a previous bulletin) but by a combination of events, often over a long time, each one not catastrophic, but put together can be.  This was the case in major disasters such as Piper Alpha, Bhopal and Bunsfield.  It will be interesting to hear the results of the West investigation and hear what was the cause of the explosion.

4. Lastly, these are the incidents we have heard of, I am sure there has been a whole load of incidents, which may have had major impacts on organisations, causing them to invoke their business continuity plans (if they have them) that we have not heard of.

If you have not already done so, it may be worth reading the Chartered Management Institutes, ‘2013 Business Continuity Management Survey’ which gives some very good information on what incidents those in the business continuity fraternity think are the most likely.  This report can be found here.