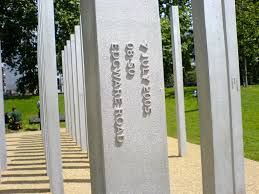 I thought this week with the 10th anniversary of 7/7 I would look back through one of the reports on the incident by the London Assembly (Report of the 7th July Review Committee) and highlight some of the learning points from the incident. If we can learn from incidents and improve our response, then something good has come out of a terrible incident.

The difficulty of communicating underground was identified as a significant issue in the report into the Kings Cross fire in 1988. During 7/7 the report noted that the Metropolitan Police Commissioner, Sir Ian Blair, told us that he regarded the inability of the emergency services to communicate underground as ‘a significant problem for London’. The lessons from the last incident in this aspect of communications had not been learned.

Do you go back through your own incident reports and those of other organisations, which are relevant, and check that the lessons identified have been learned or actioned in your organisation?

All of our mobile plans are highly dependent on mobile phones working. Much of the communications failure during the response to 7/7 was due to the emergency service and other responders having a high reliance on mobile phones and the system not working in certain areas. This was again identified in the report as a foreseeable problem. The same happened during 9/11 and actually happens in many areas each New Year’s Eve. The failure of the mobile system was due to the large number of calls overloading the system which the report details:

“London’s telephone networks experienced unprecedented volumes of traffic. Vodafone experienced a 250% increase in the volume of calls and a doubling of the volume of text messages. There were twice as many calls on the BT network as would normally be the case on a Thursday morning. Cable & Wireless handled ten times as many calls as usual to the Vodafone and O2 networks – 300,000 calls were placed every 15 minutes, compared to 30,000 on a normal working day. O2 would normally expect to handle 7 million calls per day. On the 7th July, 11 million calls were connected – 60% more than usual – and this does not include unsuccessful calls”.

Have you got plan of how to deal with an incident without mobiles, especially at the scene of the incidents, and how staff caught up in the incident will inform you that they are safe?

One of the themes I have been promoting in my bulletins is ‘do our plans have sufficient emphasis on looking after people during an incident’. I was disheartened to see the following within the report:

“The response on the 7th July demonstrated that there is a lack of consideration of the individuals caught up in major or catastrophic incidents. Procedures tend to focus too much on incidents, rather than on individuals, and on processes rather than people. Emergency plans tend to cater for the needs of the emergency and other responding services, rather than explicitly addressing the needs and priorities of the people involved”.

I am guilty of this as well, but I think we should look again at our plans and see if they take account the need to look after our people and those affected by the incident?

My last point is the importance of leadership at the scene of an incident and in someone taking command. The following is an extract from the section on communications from people in authority within the first 15 minutes:

‘Michael, survivor of the Aldgate explosion said ‘Information is essential when in shock people freeze and can’t make rational decisions, people need to know what to do, even if it is to remain on the train and wait’.

Nobody knew what to do immediately after the bombs had gone off. They were in an unfamiliar environment and were unsure whether it was safer to leave the train or to remain where they were. A number of survivors talked about the relief of having someone in authority, the train driver, tell them to what to do and “walk down the track to Russell Square”. This highlights to me the importance of training for staff likely to be at the scene of an incident so that they can make quick decisions and be the voice of authority in an incident.