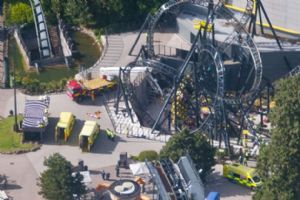 After commenting on so many organisations that get their crisis management wrong, it is refreshing to see an organisation which in the main have got their response to a serious incident right!

The handling of the accident by Merlin Entertainments, the owners of Alton Towers, on the Smiler rollercoaster crash has not been quite but it has been close to it. On June 2nd two cars on the rollercoaster crashed in to each other resulting in four serious and twelve minor injuries to those on the ride. Subsequently one of the riders had to have part of her leg amputated. Often it takes a poor response and criticism for an organisation to put its house in order; and to improve its response. Here they got it right first time. So what are the five lessons learned from this incident?

1. Choose the right spokesperson. Nick Varney, Chief Executive of Merlin Entertainments, took responsibility for all media interviews and was an excellent spokesperson. As the CEO, he was the most appropriate person to do the interview and it was not delegated to a Head of Communications or a less senior manager. His media interview on the first night of the incident was a lesson on how to conduct an interview after your company has caused injury to members of the public. He appeared in a suit without a tie which was probably appropriate for someone from the entertainments industry. His first thoughts were for the victims of the incident and more importantly he took full responsibility for the accident. Often CEOs are prompted by their lawyers not to take complete responsibility for an incident and to use weasel words so that they can try and limit their responsibility when they are in court. There was not any speculation about what happened and he and the media must wait until there is a full investigation. In terms of spokespeople yes you can be trained to say the right words but I think some people have natural empathy and this is what comes across to the public in showing that the organisation really cares about those that have been injured. You need to ensure that your spokesperson has natural empathy as well as media training. Writing in The Sun Nick Varney said:

‘Irrespective of the outcome of the current investigations into the causes of the accident, in these letters we have accepted full responsibility to those who had been injured in the accident and confirmed that we will ensure that compensation will be provided to them.’

2. Agree to pay compensation early. I think in this incident all the lawyers in the company must have been locked in a room and not been allowed to manage the response of the company. How refreshing it was for an organisation to say:

‘Alton Towers pledged to pay compensation to every victim on board, and admitted responsibility to those injured in the crash irrespective of the outcome of the current investigations into the causes of the accident’.

It is even more surprising that they told the victims to instruct a lawyer to submit a claim for compensation with a promise that this will be dealt with ‘swiftly’ and ‘sensitively’. This is the first time I have ever seen an organisation ask the victims to instruct lawyers and submit a claim for compensation. This approach will probably be cheaper in the end and could avoid costly lawsuits and the publicity which goes with them in the long run.

3. Take additional measures to ensure public safety even if it increases the cost of the incident. Closing the park for six days after the incident showed Alton Towers’ commitment to public safety and ensuring that all rides had been checked before reopening. Closing rides in other parks Merlin Entertainments own, for additional training and safety, again demonstrated that the organisation puts safety before money. On thrill rides you have to trust the operator with your safety and so Merlin Entertainments have gone a long way in trying to restore public trust.

4. Does the incident play to an existing dialogue? Rollercoasters on the whole have a good reputation of being safe. You are much more likely to die in a car crash than be killed in a rollercoaster accident. On the other hand some industries do not have a good reputation and so an incident can play to existing stereotypes such as all bankers are dishonest or all oil companies pollute. This incident didn’t play into an existing stereotype that all rollercoasters are unsafe or that Alton Towers does not take safety seriously. If Alton Towers had a series of incidents and near misses in the past this incident could cause it to go bankrupt or for the parent company to close down the park. News International closed down the News of the World newspaper in order to protect the rest of the group. Alton Towers will have to manage their operations very carefully over the next few years to make sure that they dont have an incident.

5. Do you have a sound business offering and will your customers come back? Lynn Phoenix, who runs the Bank House, a four-star bed and breakfast in Alton, put the answer to this question very well,

“I don’t think the park’s reputation would be affected long-term. I expect it will be a seven-day wonder… when there’s a big rail crash it does not stop people using the trains. I think its been a safe clean park for too many years to have an impact.’

She admitted she had had some cancellations but I personally think in the long term this incident will not have a major impact. Many people love rollercoasters, myself included, and as there is a limited choice of places to ride them, and Alton Towers has some of the best in the world, people will continue to visit the park.